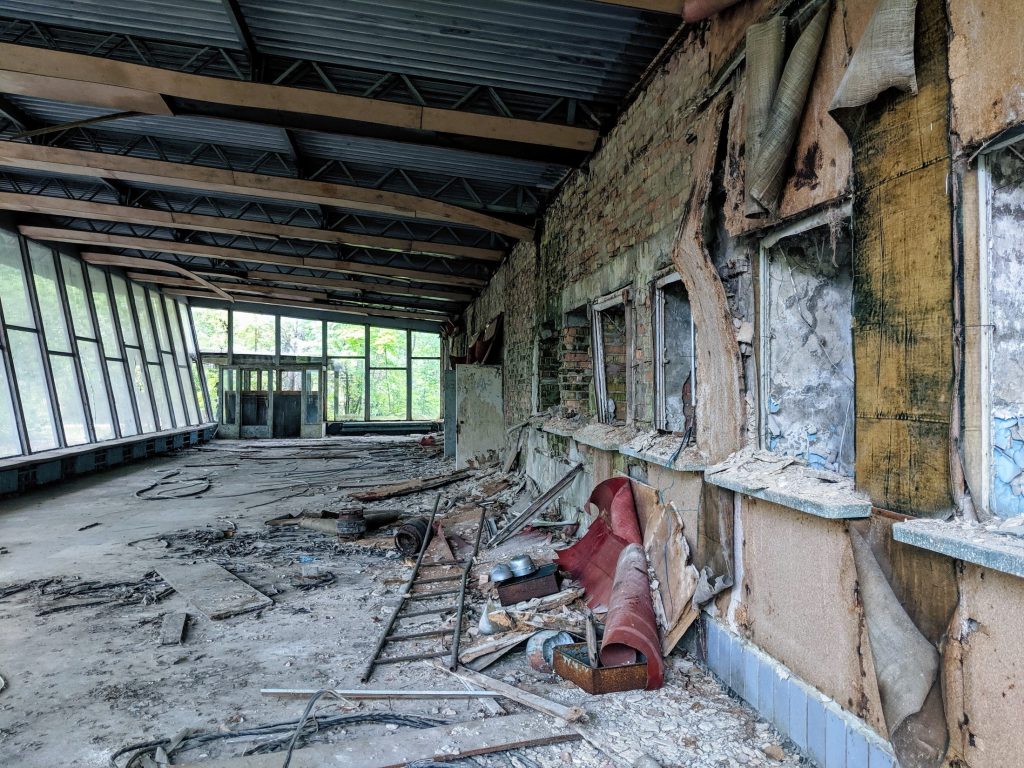 After my recent 3 night / 4 day trip into the Chernobyl exclusion zone, it’s time to share some photos. This trip was intense and everywhere I looked there were scattered pieces of a once thriving community, something that does not make for a light experience.

If you want to read my impressions and advice about traveling to Chernobyl, please check out my blog post: 4 Day Chernobyl Trip: Impressions, Advice and Photos

The below photos include shots from the main abandoned town of Pripyat as well as from villages and areas located all over the exclusion zone. 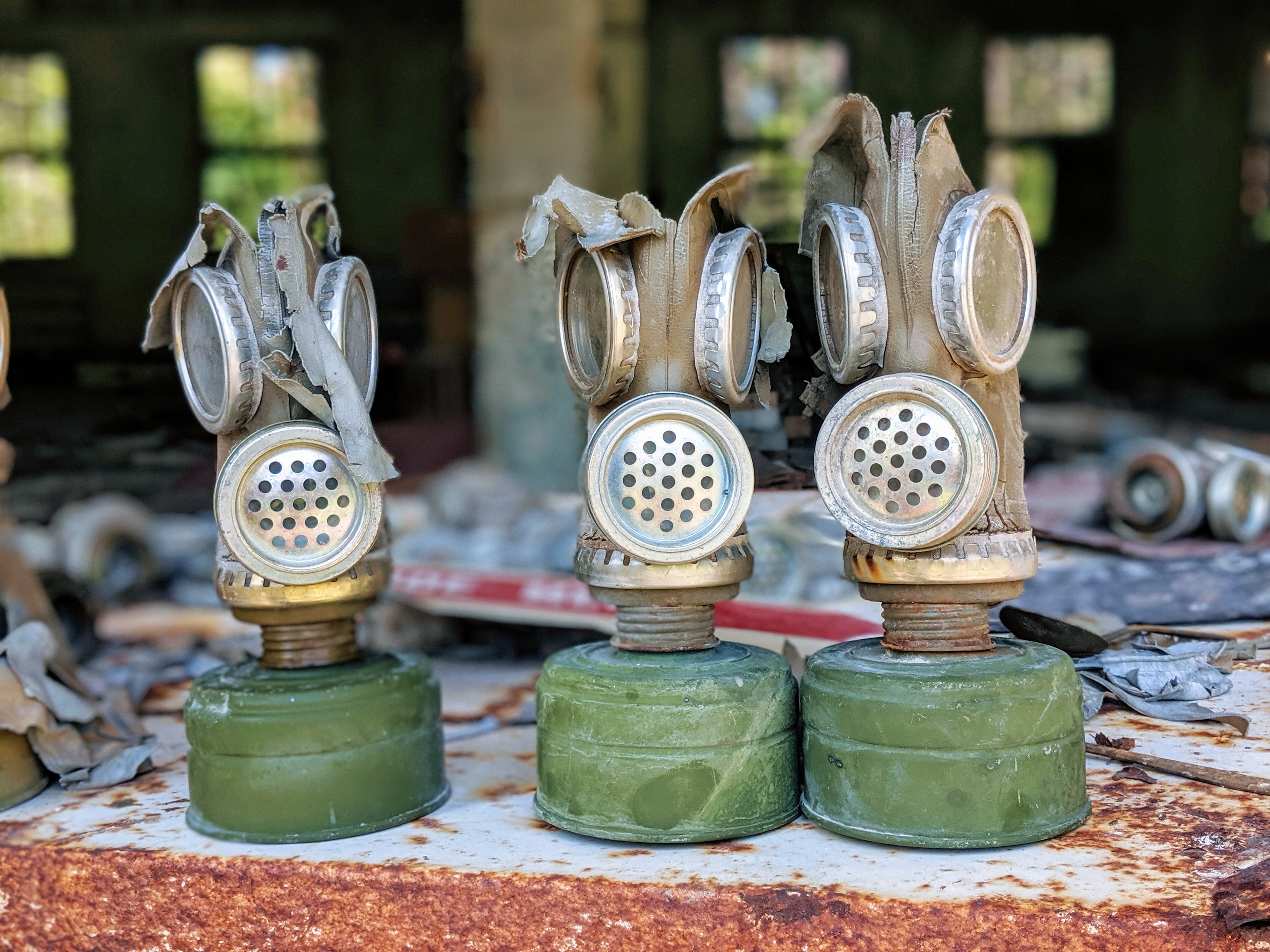 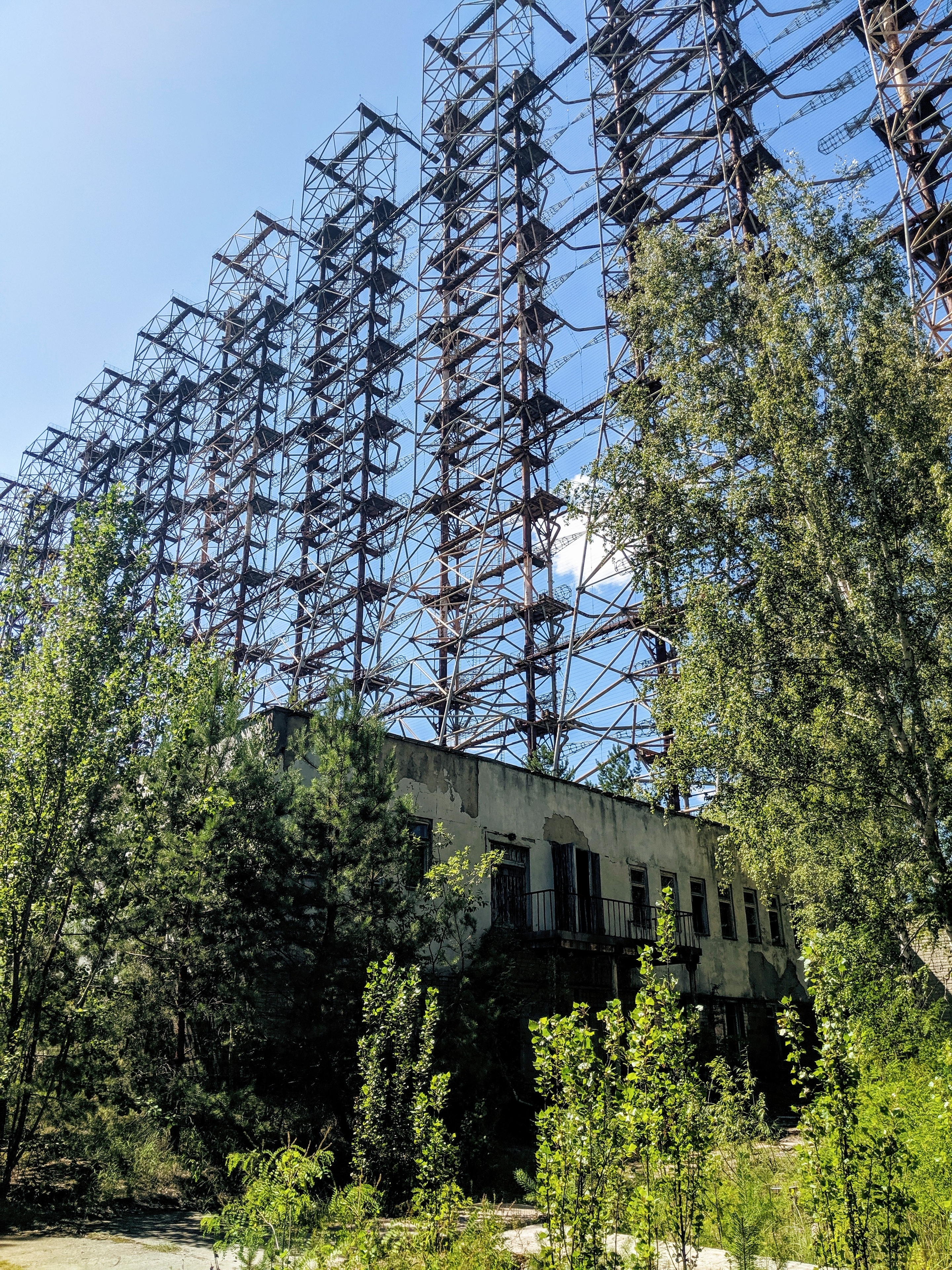 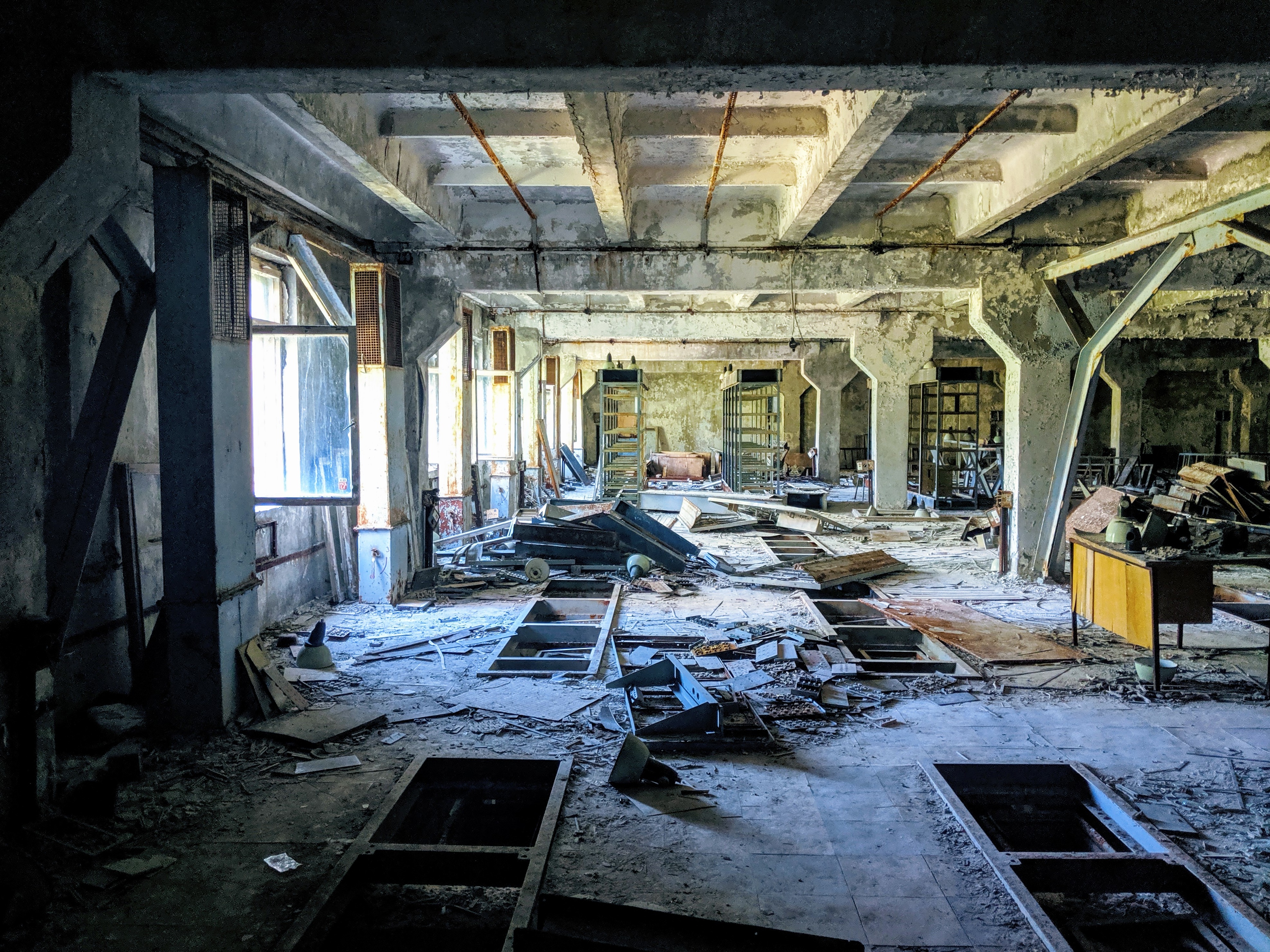 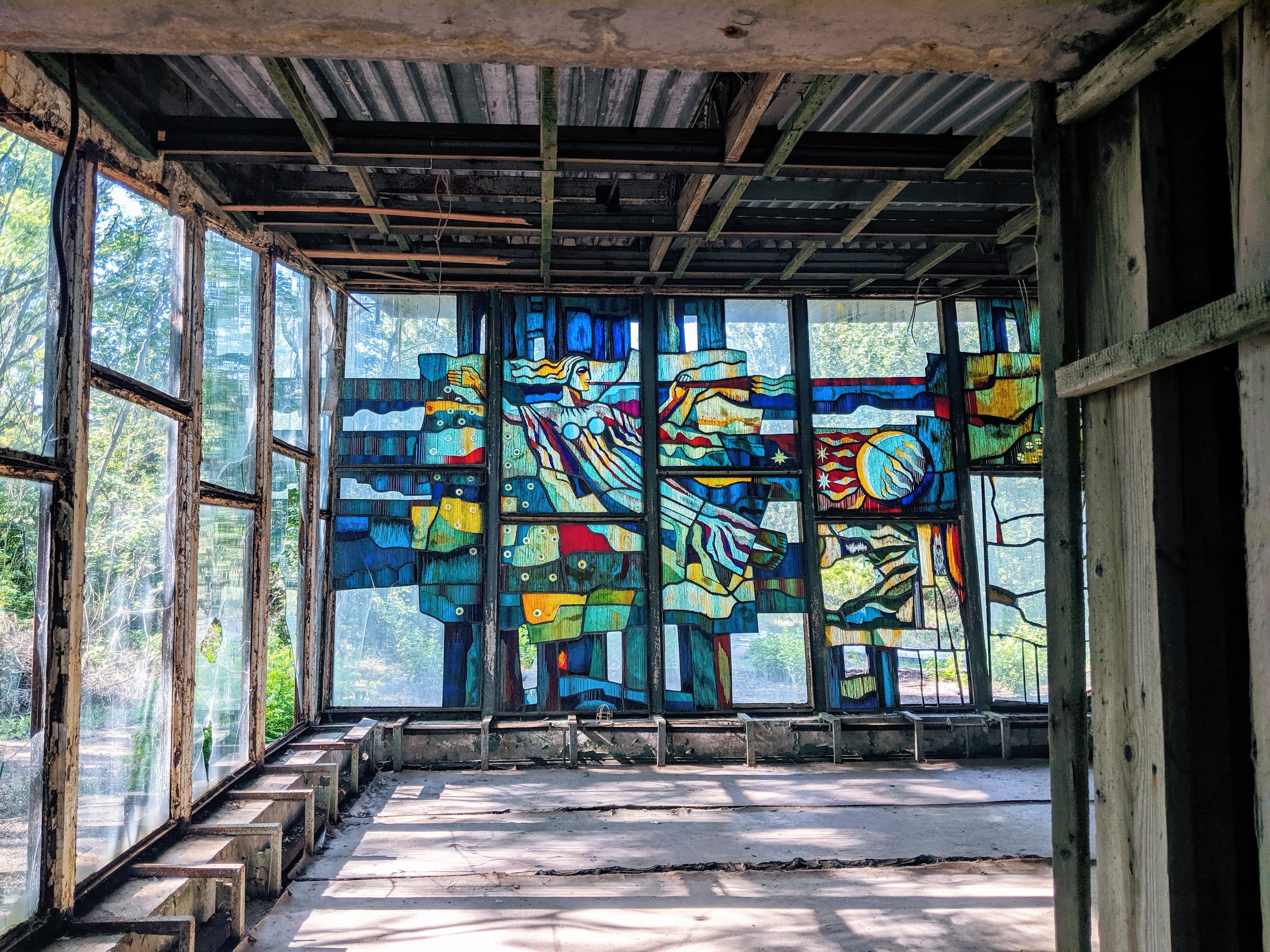 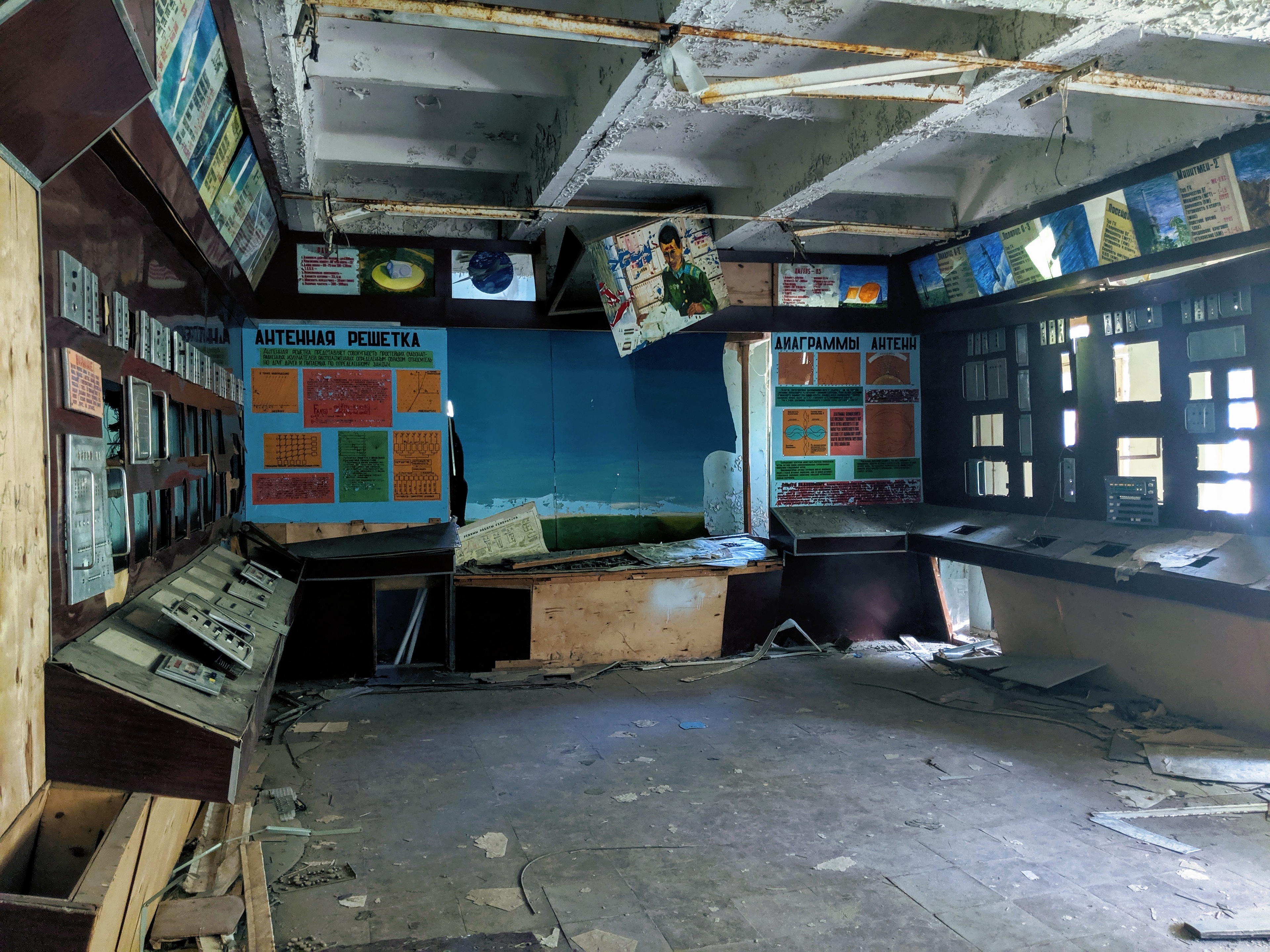 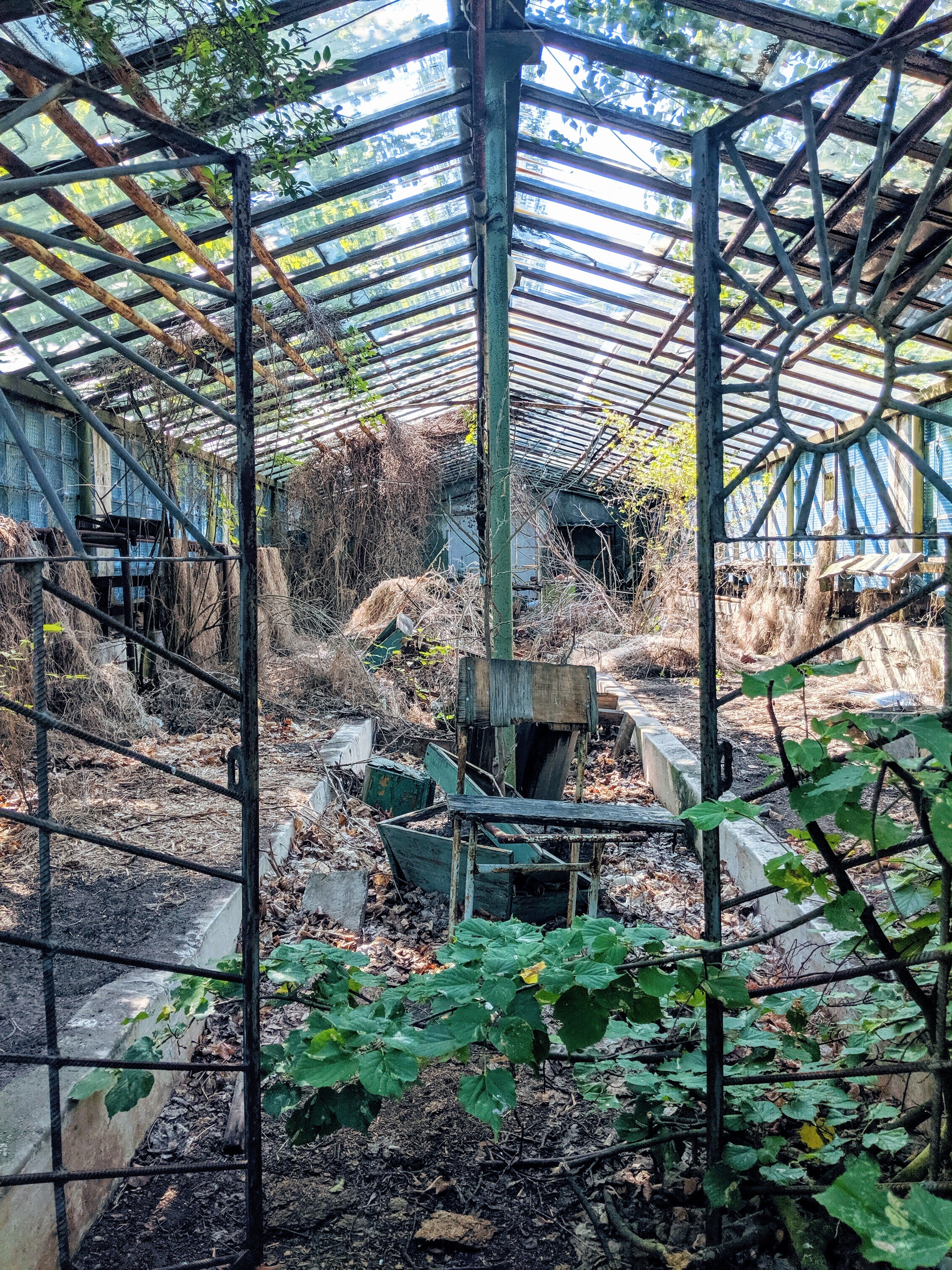 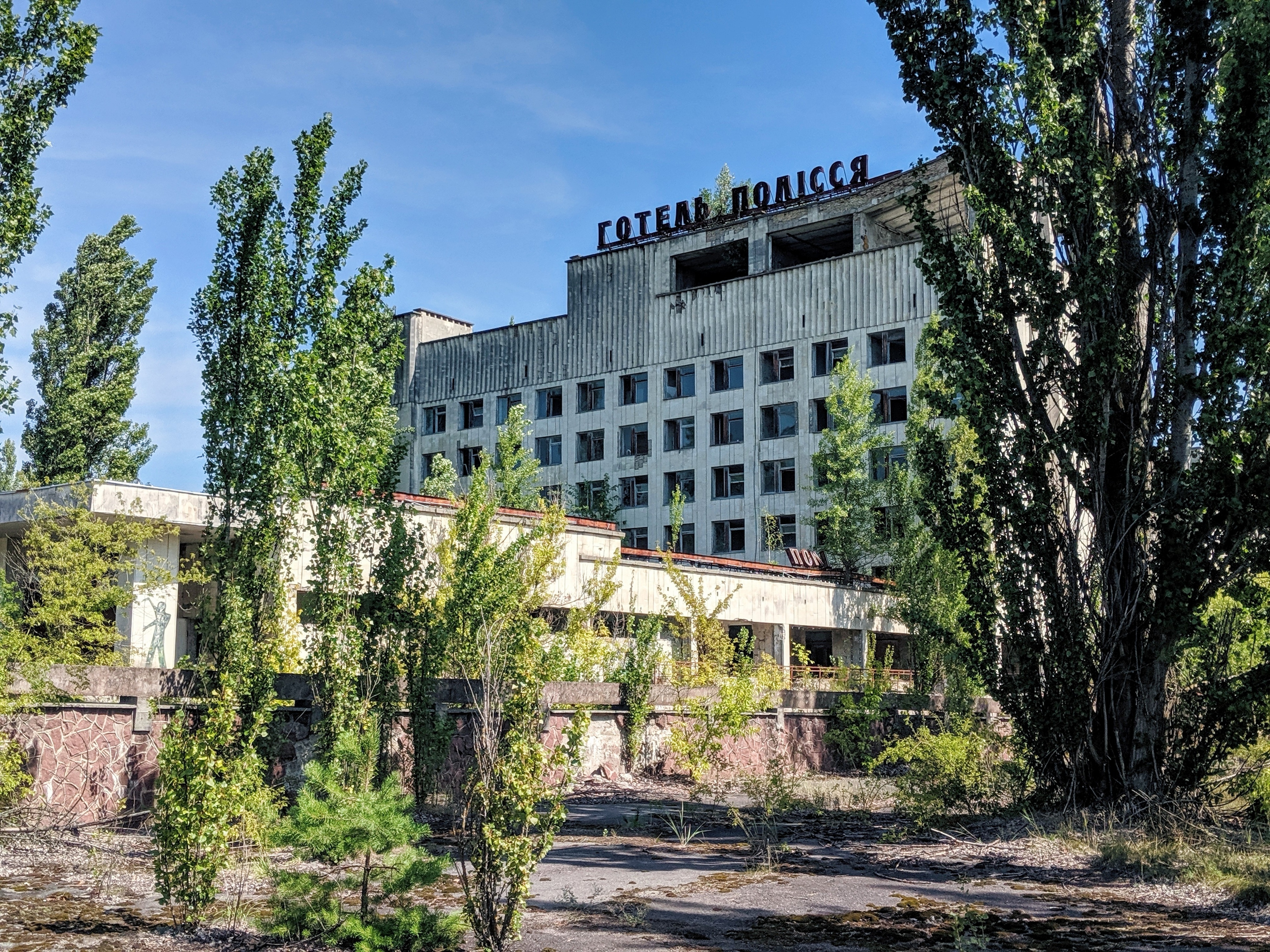 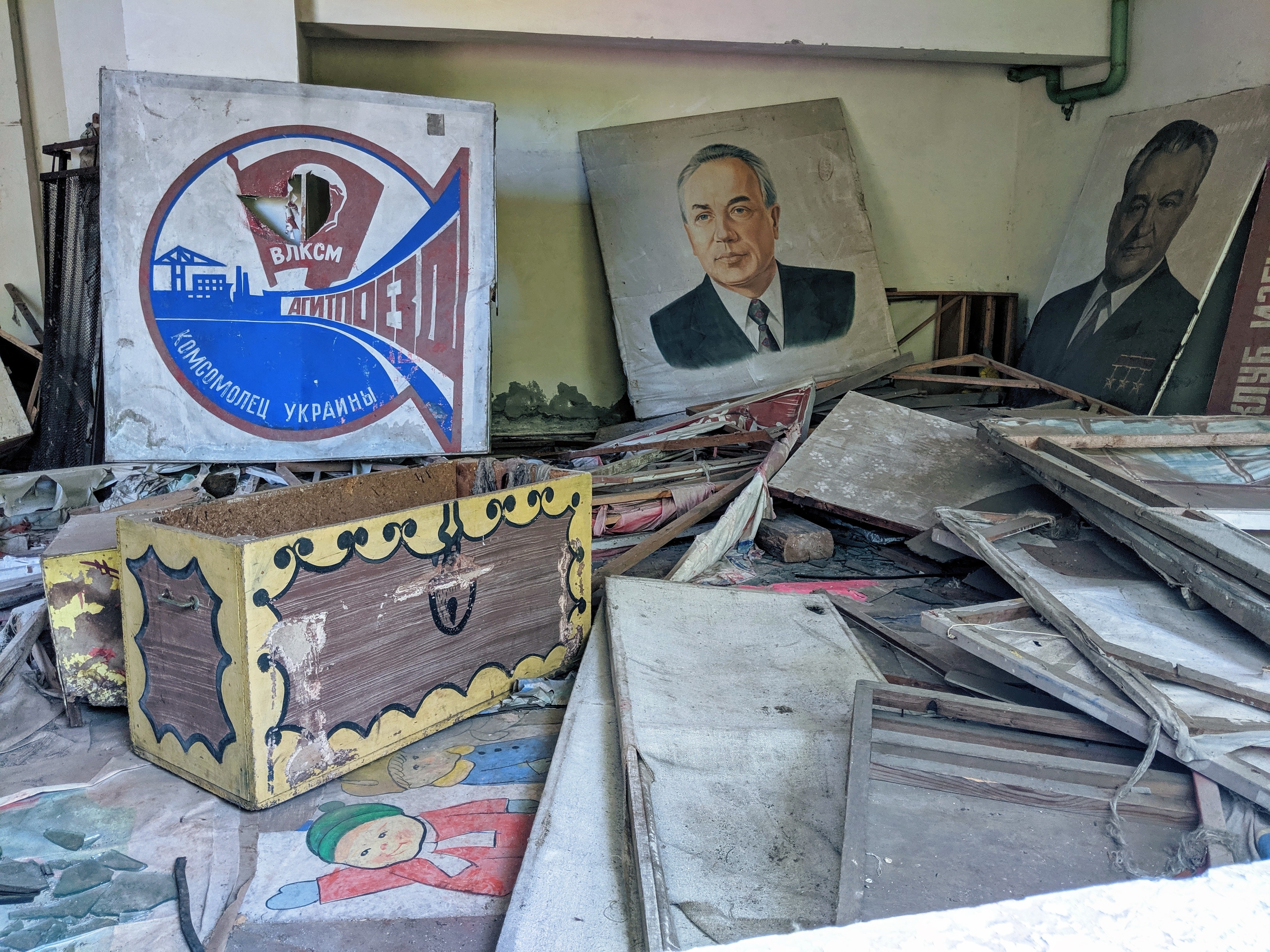 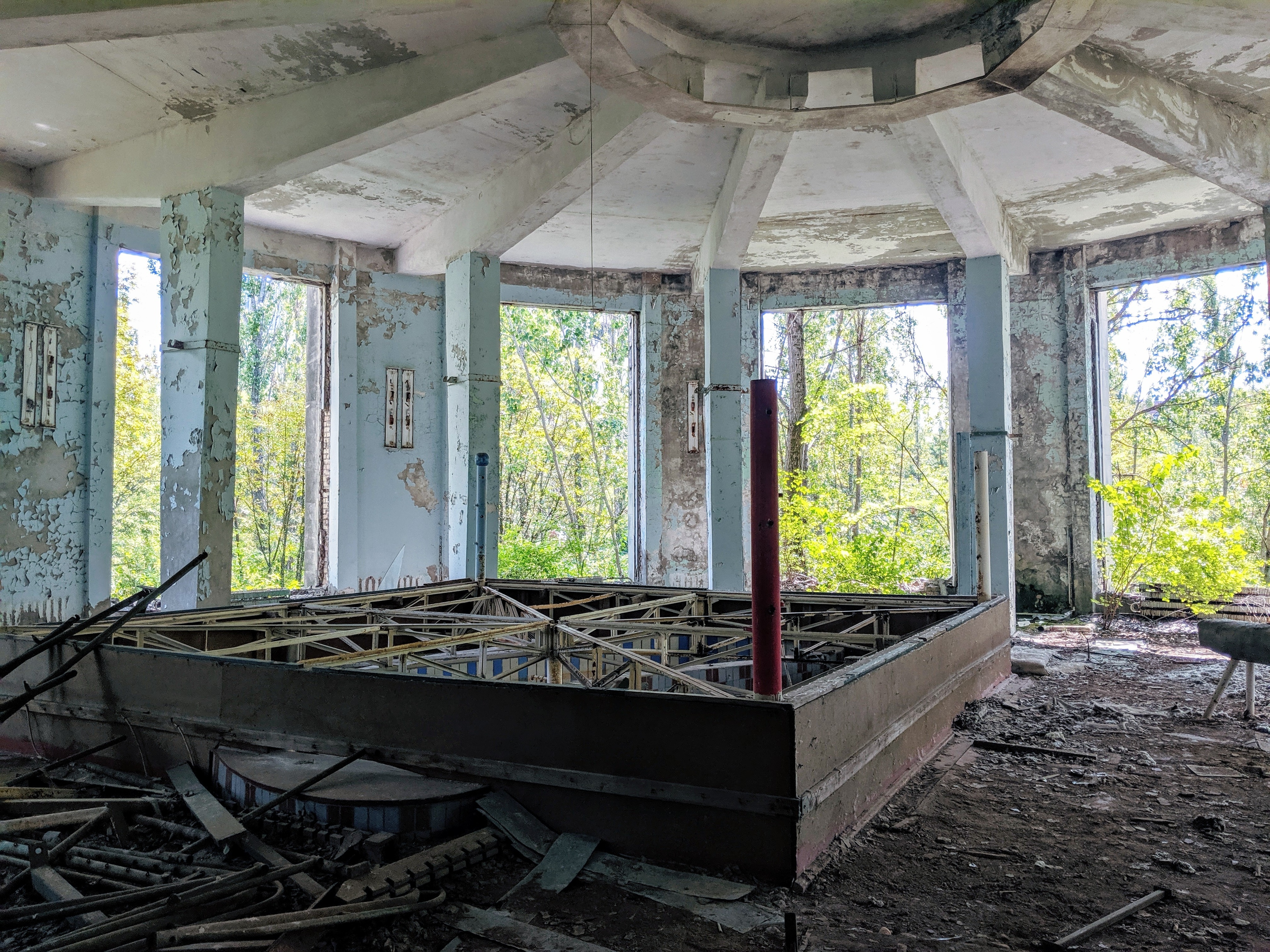 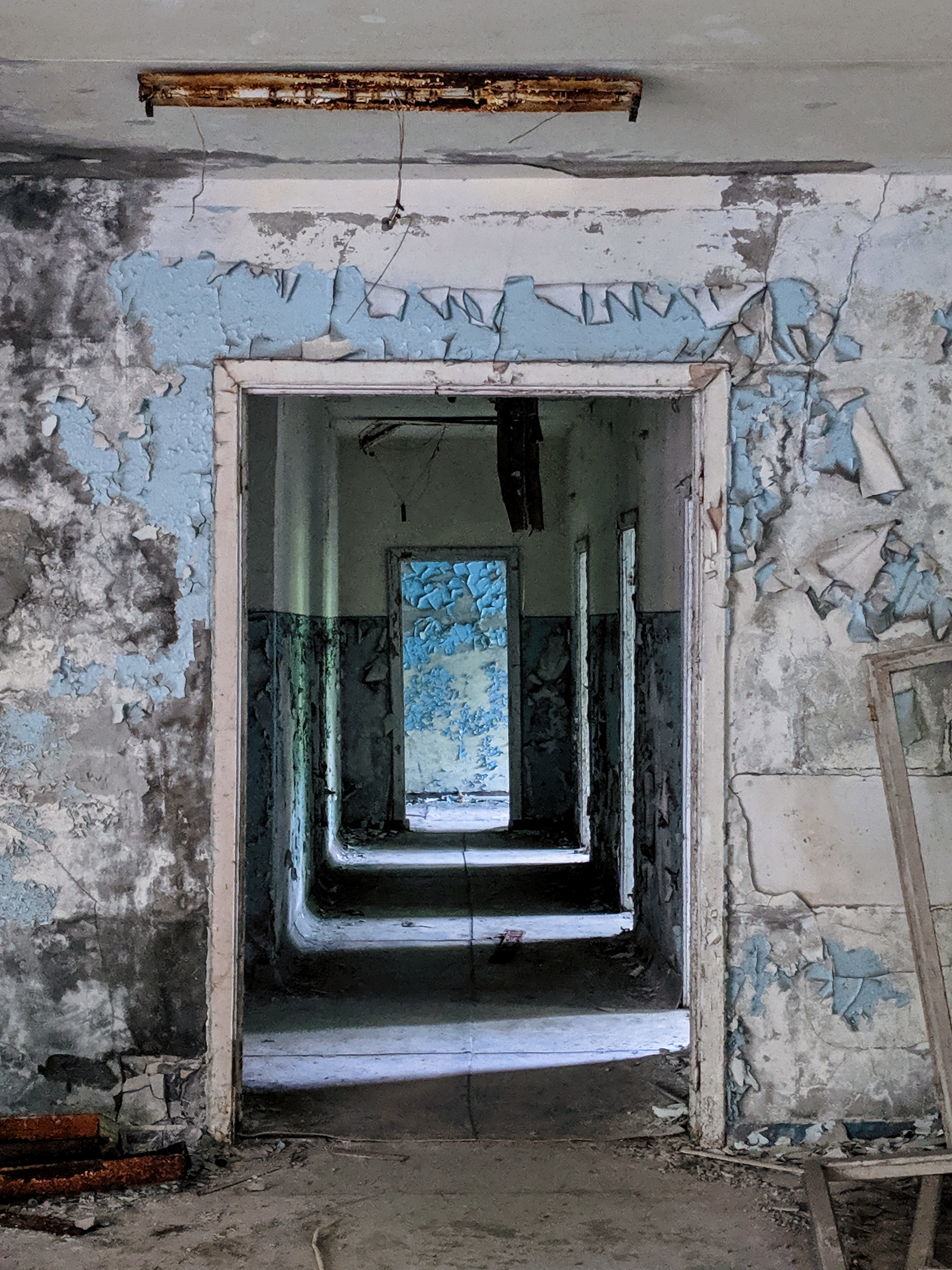 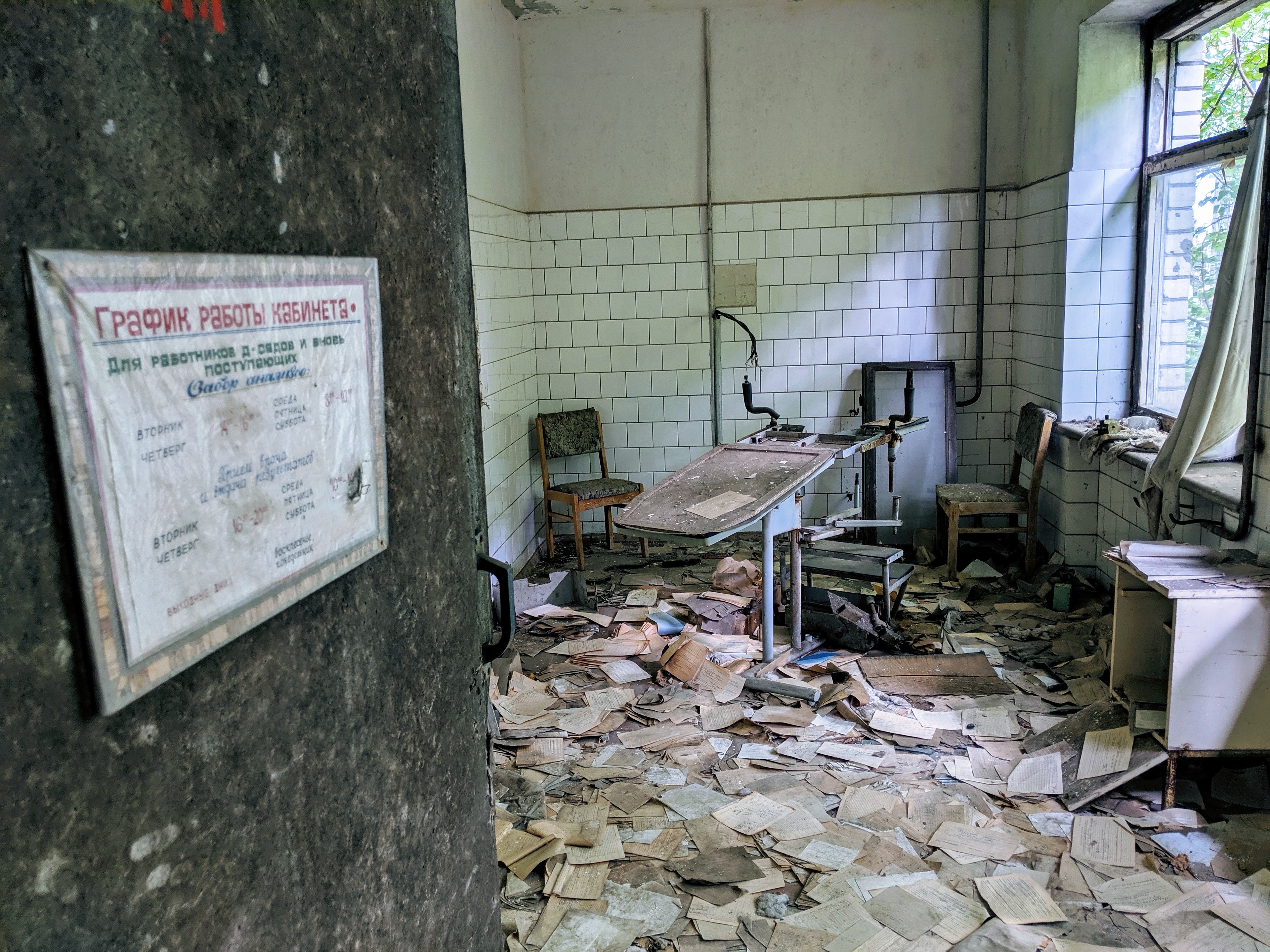 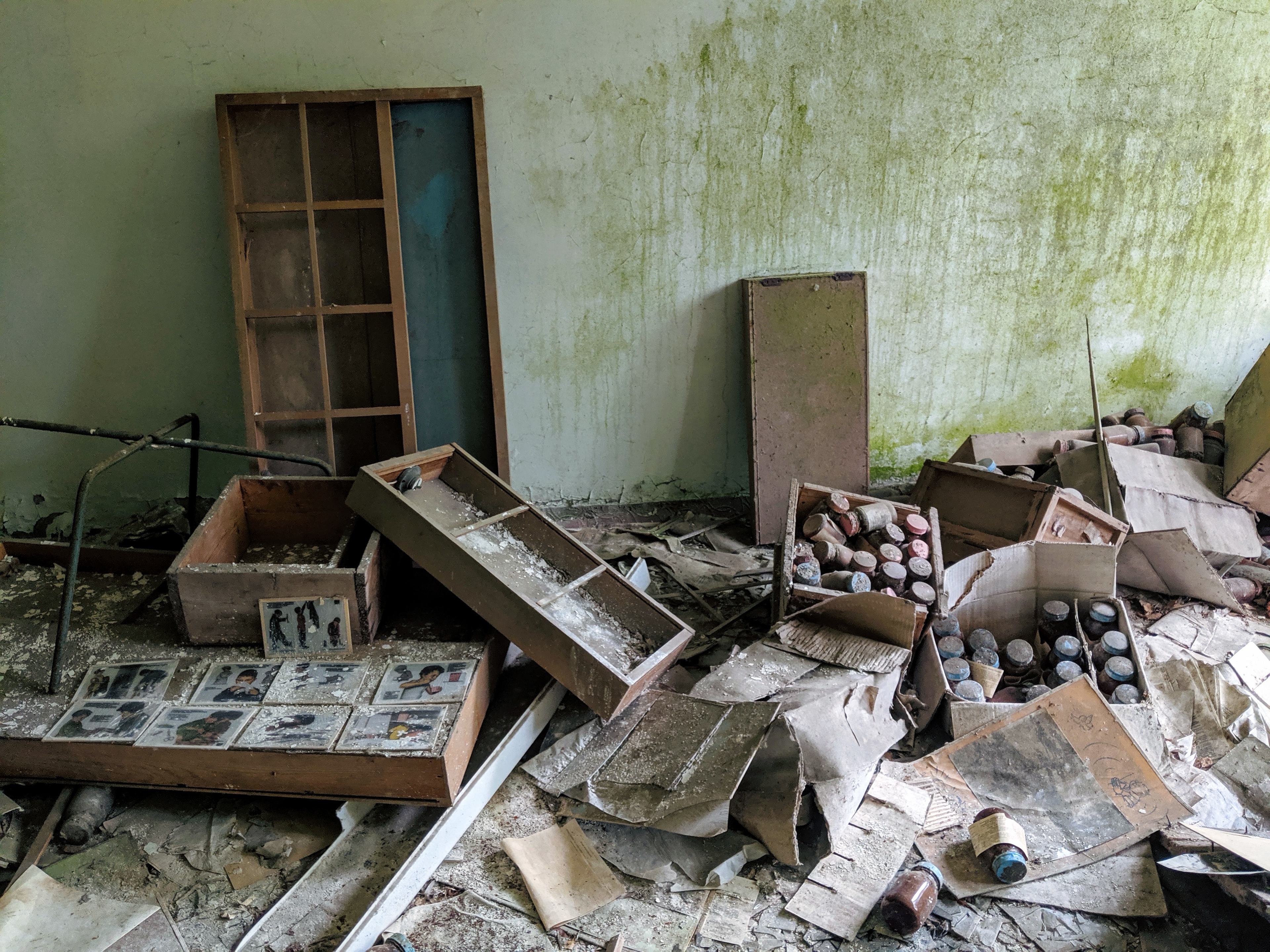 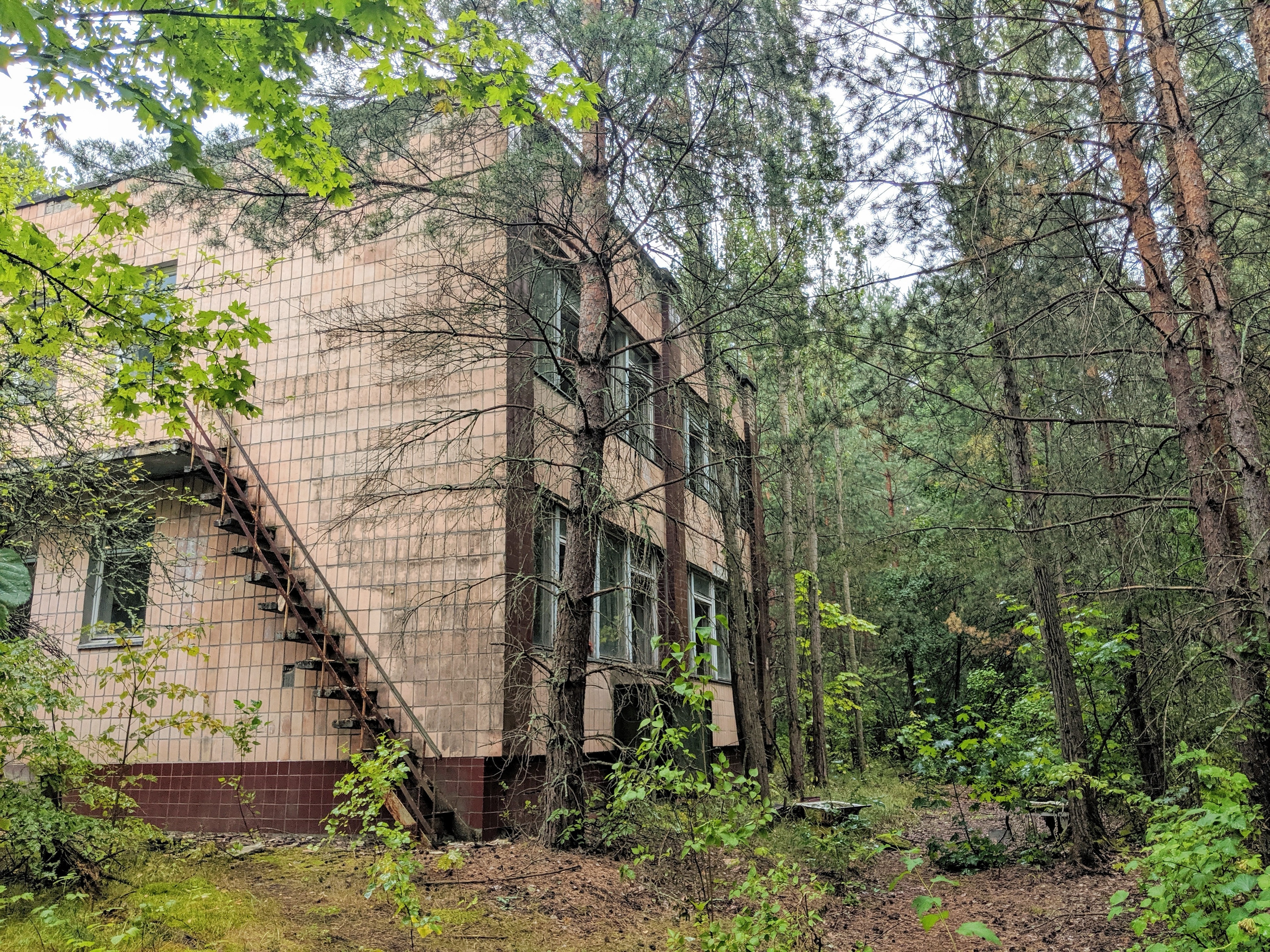 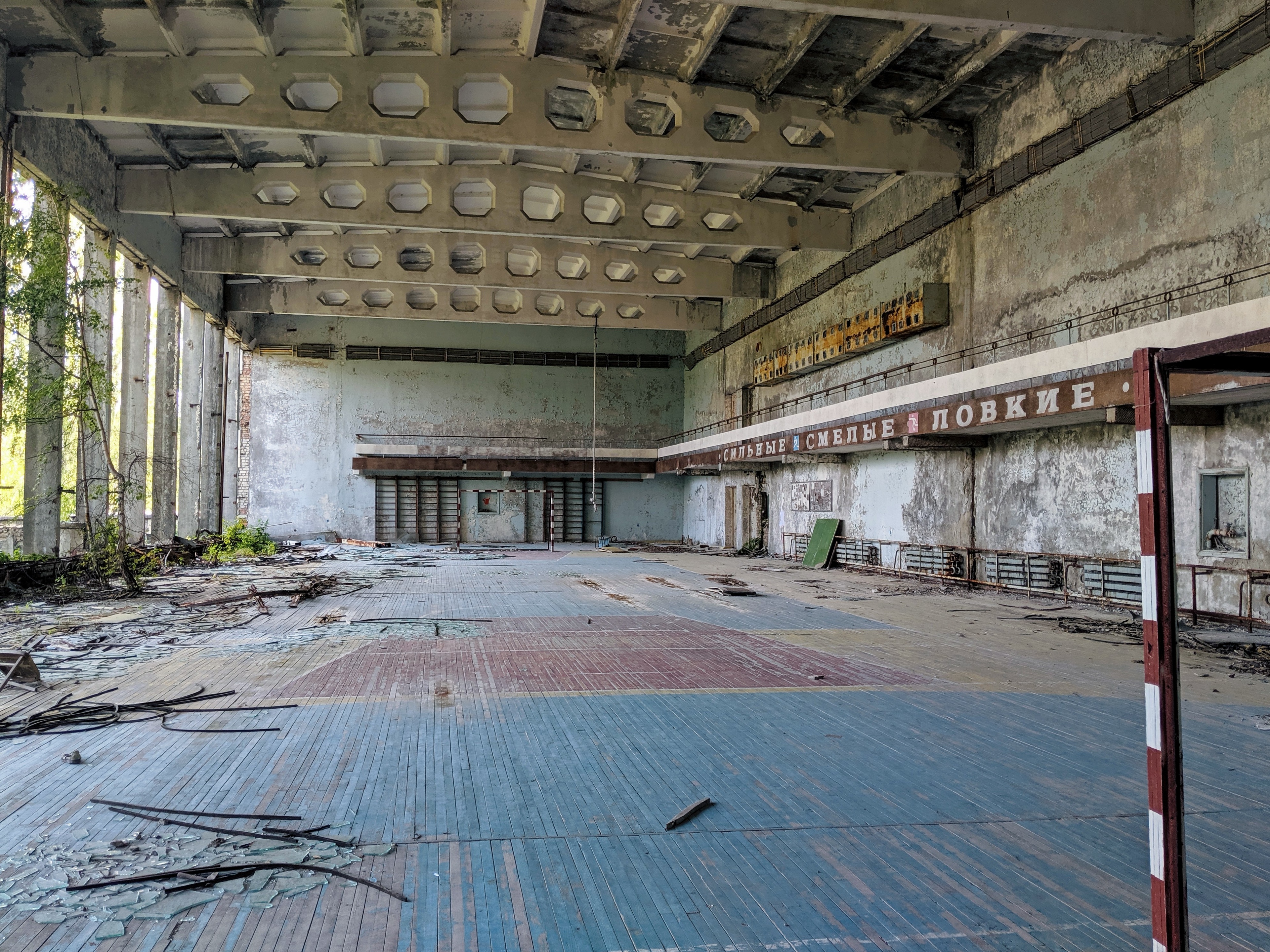 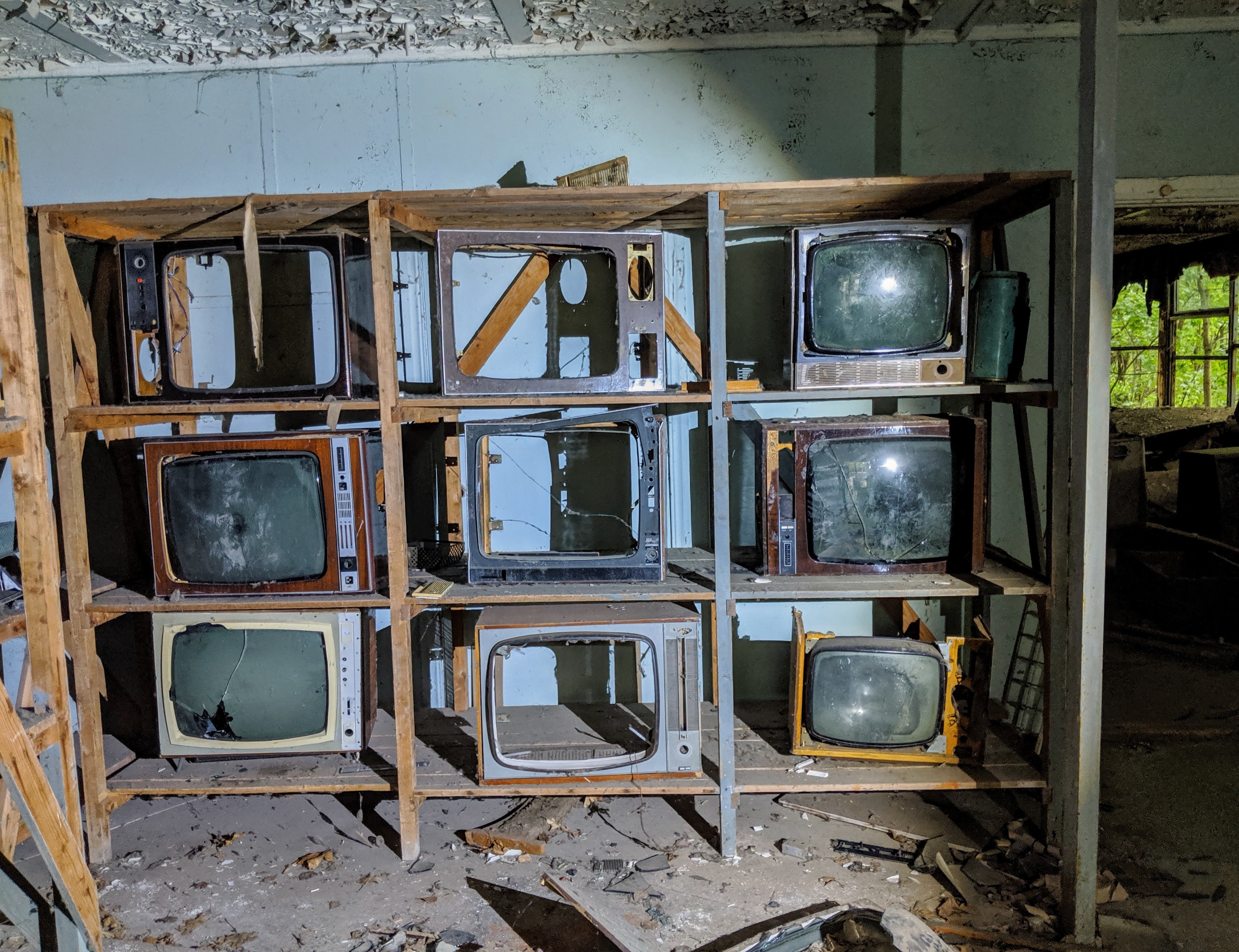 If you want to learn more about the Chernobyl disaster, I recommend reading Voices from Chernobyl: An Oral History of a Nuclear Disaster.

Here’s a quote from that book that summarizes the disaster well:

“It’s certainly true that Chernobyl, while an accident in the sense that no one intentionally set it off, was also the deliberate product of a culture of cronyism, laziness, and a deep-seated indifference toward the general population. The literature on the subject is pretty unanimous in its opinion that the Soviet system had taken a poorly designed reactor and then staffed it with a group of incompetents. It then proceeded, as the interviews in this book attest, to lie about the disaster in the most criminal way. In the crucial first ten days, when the reactor core was burning and releasing a steady stream of highly radioactive material into the surrounding areas, the authorities repeatedly claimed that the situation was under control…In the week after the accident, while refusing to admit to the world that anything really serious had gone wrong, the Soviets poured thousands of men into the breach…The machines they brought broke down because of the radiation. The humans wouldn’t break down until weeks or months later, at which point they’d die horribly.”

If you have any questions about visiting Chernobyl, please get in touch and I’d be happy to assist. I can recommend excellent local tour operators and guides that will ensure you don’t have the standard Chernobyl tourist experience that 95% of visitors tend to have!

Want to learn more about taking a Chernobyl trip?

END_OF_DOCUMENT_TOKEN_TO_BE_REPLACED

Why You Should Consider a Vacation to Jamaica

Facebook
Twitter
Google
Email
Pinterest
Odnoklassniki
WhatsApp
It’s not a surprise that I often think back to my recent trip to Jamaica. Whether it’s the flashes of white sand and perfect water, the local food, the wanders through downtown Montego Bay, the day trips into the jungle-covered interior and, of course, the infectious vibe of the people, the trip was beyond memorable. I had been to Jamaica many times when I worked on board cruise ships as a Tour Manager, way back in the early 2000s. But this time was different. Instead of visiting for a mere few hours at a time, on this occasion, it was a full 10 days on the island. Naturally, this gifted me the opportunity to do more, meet more people, eat more food and simply visit far more places. A vacation to Jamaica should be high up, very high...

END_OF_DOCUMENT_TOKEN_TO_BE_REPLACED

Facebook
Twitter
Google
Email
Pinterest
Odnoklassniki
WhatsApp
At the heart of walking holidays in Spain lies the Camino de Santiago – Pilgrimage of Compostela – known as the Way of St James in English. This is a network of pilgrim paths dating back to the 9th century, when the remains of the apostle Saint James the Great were discovered, in which different towns and villages across Europe all lead back to Santiago, Spain. Although Camino de Santiago Frances begins in France, these routes all end in Spain. For this reason, Spain has become a very popular walking holiday destination, in which holidaymakers and hikers from around the world dive into a segmented route within one of the pilgrim paths. This type of holiday has it all: physical activity, culture and history, and is a chance to explore different places. Whilst you may have driven...

END_OF_DOCUMENT_TOKEN_TO_BE_REPLACED

Facebook
Twitter
Google
Email
Pinterest
Odnoklassniki
WhatsApp
The Caribbean is the holy grail of boating holidays. With over 5,000 islands, incredible weather and endless tropical marine life, setting sail with a catamaran rental through Nautal offers up an endless world of possibilities. Here is a guide to the many adventures you can get up to when sailing around the Caribbean at your own pace. Islands Island hopping is undoubtedly the first thing that comes to mind when traveling around the Caribbean on a boat. Catamaran rental in the Bahamas, for example, is a fantastic way to pass the time, being home to 700 islands and 2,400 cays alone. When factoring in the Caribbean as a whole, you’re undoubtedly going to stumble on some hidden gems and potentially uninhabited islands. For example, Salt Cay, a gorgeous island that is home to a quiet village and a sleepy...

END_OF_DOCUMENT_TOKEN_TO_BE_REPLACED

The Best Honeymoon Destinations in the United States by Month

END_OF_DOCUMENT_TOKEN_TO_BE_REPLACED

Your Guide to a Family Gap Year Traveling Abroad

Facebook
Twitter
Google
Email
Pinterest
Odnoklassniki
WhatsApp
If you want to travel the world for a year with your partner and children, here are some things to know about getting it right: Make Sure It’s the Right Decision The reality of long term travel is that it isn’t always fun or easy. While there are plenty of adventures to look forward to, you should also prepare yourself for boredom, disrupted travel plans, poor weather, uncomfortable situations, and more. This is not meant to put you off your gap year. Rather, it is meant to offer a more balanced perspective of what your year of travel may look like. This way, you can ensure that you and your family are better prepared for the experience. Create a Plan for Homeschooling If you are traveling with younger children, education may not be a pressing issue. However, with older children,...

END_OF_DOCUMENT_TOKEN_TO_BE_REPLACED

Budget-Friendly Places to Visit in 2022

END_OF_DOCUMENT_TOKEN_TO_BE_REPLACED

20 Photos to Inspire You to Visit Leavenworth, Washington

Facebook
Twitter
Google
Email
Pinterest
Odnoklassniki
WhatsApp
If you’ve never heard of Leavenworth, Washington, you’re in for a treat! Did you know that you can channel all those European vibes without leaving the US? The Bavarian-styled village of Leavenworth is the place! Located in the Cascade Mountains, Leavenworth is lined with Alpine-style buildings and restaurants that offer German beer and food. The nearby lake of Wenatchee is the ideal spot for a cozy cabin getaway where you can bird-watch. Oh, and did I mention the ski areas and wineries? Yep! This place is the ultimate winter holiday destination. This quaint little town is the perfect Pacific Northwest winter weekend getaway, especially if you can visit during the holiday season. If you’re looking to embrace all those European Christmas market vibes without leaving the US, Leavenworth is like...

END_OF_DOCUMENT_TOKEN_TO_BE_REPLACED

Save Money On Hotels This Black Friday

Facebook
Twitter
Google
Email
Pinterest
Odnoklassniki
WhatsApp
It’s Black Friday time!  As we know, this day has become the ultimate shopping day every year in countries around the world.  In the US, Canada, United Kingdom, Australia, South Africa, Sweden, Mexico (known as “El Buen  Fin”) and others, companies, both physical and online, offer deep discounts that are generally not seen  the rest of the year.  For travelers, this is also a great period to plan your trips for next year as everything from travel gear to hotel rooms, if you look in the right places, are being offered at discounted rates.  Where do you want to go next year?  For me, I’m hoping to reach Japan, the Cook Islands and East Africa.  Take a moment to daydream. What destinations pop into your head? White sand beaches? Historic  cities of Europe? The ancient temples and pyramids of Egypt?  If...